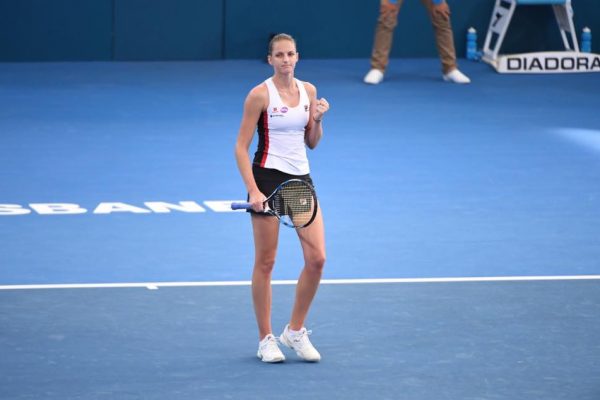 Karolína Plíšková beat Muhammad of the United States and advanced to the quarterfinals in Brisbane, Australia, improving her best result from 2015 when she played in the main tournament for the first time. Karolína defeated Asia Muhammad, ranked 189th in the world, in straight sets 6-1, 6-4.

For the American qualifier this match played on the centre court was the biggest of her career, but she didn’t cause much trouble to the Czech favorite. Muhammad, whose younger brother plays basketball in the NBA, won a total of five games in the match. That’s all that Plíšková allowed, confirming her role of a heavy favorite.

“I feel very good, I played better than in the first round and I hope it will continue like that.” - Karolína Plíšková

Karolína didn’t even need to show her best tennis – her first ace in the match came only after 52 minutes. In total, she recorded 4 aces and 28 winners, losing her serve only once in the entire match. In the quarterfinals she will face the winner of the second-round tie between Misaki Doi and Roberta Vinci.