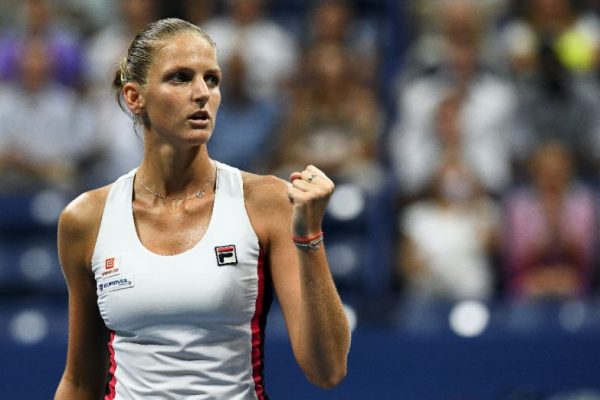 Excellent! Karolína Plíšková reaches the final in her first tournament of the season. In Brisbane, Australia she defeated her fourth opponent, Elina Svitolina, 6-2, 6-4. In tomorrow’s final match she will face Alizé Cornet, who got to the final after Muguruza of Spain withdrew from their semifinal tie due to injury.

Plíšková’s performances at Brisbane International have an upward trend. She’s getting better game after game and today she confirmed it again. She dominated the entire first set and outperformed her Ukrainian opponent in all aspects, winning the opening set 6-2 in 32 minutes.

The second set was a bit tighter, with both players holding their serves comfortably until 3-3. Then Karolína managed to break Svitolina’s serve in the seventh game and didn’t allow a break back until the end of the match. Her serving performance was absolutely exceptional. She won 27 out of 28 first serve points! She was also very accurate and aggressive from the baseline and was simply unbeatable today.

“I’m excited to be in the final. It’s a great start of the new year. I played really well today.” - Karolína Plíšková

Karolína improved her head-to-head record against Svitolina to 5-0 and reached the final already in her first tournament of the new season. It is going to be her first final since last year’s US Open. Tomorrow she is going to face Alizé Cornet of France in what will be their second ever meeting. Karolína lost the first one in China in 2013, so now is the best time for revenge. It’s going to be Karolína’s 17th career final, with her current record being 6 wins and 10 losses.