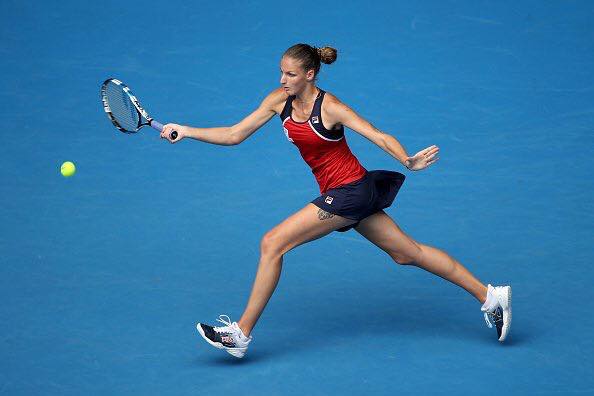 Karolína Plíšková virtually sailed through to the second round in Melbourne. In the opening round of the season’s first Grand Slam she routed Sara Sorribes of Spain 6-2, 6-0 and easily advanced to the next round. Karolína confirmed her great form from the beginning of the season and will face the qualifier Anna Blinkova in round two.

Plíšková is in a perfect form at the start of the year. She triumphed at her first tournament in Brisbane, losing only a single set on her way, and confirmed her dominance in her opening match at the Grand Slam in Melbourne. Although Karolína had a rather slow start, she found her rhythm later on and her Spanish opponent could not keep up.

Karolína spent an hour on the court, dropping a bagel on Sorribes in the second set, and celebrated a well-deserved win in Rod Laver Arena. “I was a bit nervous since the first rounds are always tough. Now I feel much better and I believe my performance in the next match will be even better. Before the tournament I spent a week in Melbourne practicing. I feel good on the court and the title from Brisbane boosted my confidence,” said Plíšková, who hit five aces on her way to the second round.

In the next phase, Plíšková will meet the relentless Russian qualifier Blinkova, who surprisingly eliminated the favorite Monica Niculescu in the first round. Karolína will face Blinkova for the first time in her career and will strive to confirm her role of a favorite and equal her best result in Melbourne, which is the third round.