No Drama This Time, Karolína Cruises Past Gavrilova 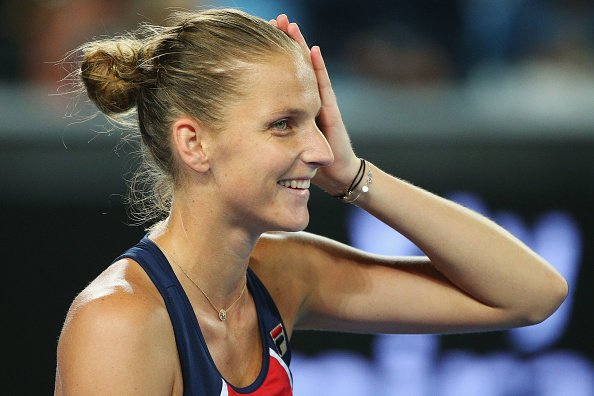 Karolína Plíšková keeps improving her personal best at the season’s opening Grand Slam in Melbourne, as she is going to play for the semifinals at the Australian Open. The world number five beat the local hope Daria Gavrilova without any troubles in straight sets, 6-3, 6-3, in Rod Laver Arena today, and in the next round she will meet the experienced Croatian Mirjana Lučić-Baroni.

Electric atmosphere was expected at the centre court as Gavrilova was the last Australian player in the competition. But the crowd didn’t have a chance to go wild at all – the Czech player controlled the game from the very beginning. Only in one weak moment she gave a glimmer of hope to her opponent.

It came in the first set with the score at 5-2, when she lost her serve. But she broke the Moscow-born Gavrilova back immediately to clinch the opening set. The second set quickly started going Karolína’s way too, despite losing her first serve. At 5-3 she converted the third match point with her twelfth ace.

In the quarterfinals Plíšková will face Mirjana Lučić-Baroni, with whom she has a positive head-to-head record, 3-2. Before this year, the Croatian veteran, who currently sits at 79th place in the WTA ranking, had won only one game in singles in Melbourne, and it was during her debut 19 years ago! “She plays aggressive tennis from the baseline and she’s a good server. It’s going to be a fast match. I’ll have to play aggressively again,” Karolína Plíšková said.