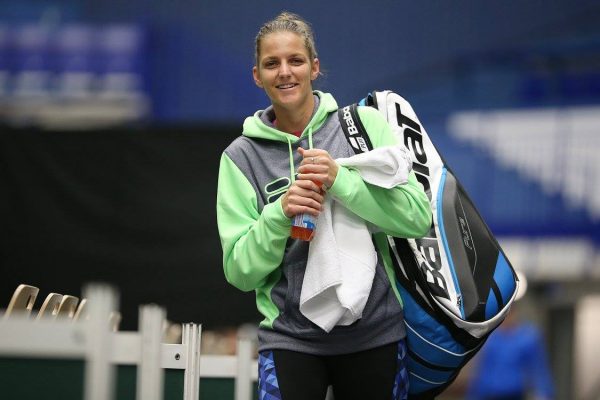 Karolína Plíšková will again be the key player of the Czech Fed Cup team. The Czechs were drawn against a tough opponent at the start of this year’s Fed Cup – they are facing Spain in Ostrava. Captain Petr Pála’s team also includes Barbora Strýcová, Lucie Šafářová and, for the first time, Kateřina Siniaková.

Karolína tried the court in Ostrava for the first time on Monday, while the match is scheduled for the weekend. And she was satisfied. The court in Ostrava is a bit slower than at the Australian Open. “This is based on the girls’ requirements. They wanted the court to be medium-fast,” the captain Pála explained.

The players return to the arena in Ostrava after almost two years and they would like to triumph in the team competition this year as well. The Czechs won the Fed Cup five times in the last six years and Karolína Plíšková was their key player during the last two triumphs. And she’s in a good mood this time as well. “Everything is going as planned. The mood in the team is very good, this bunch has been together for a long time already. Hopefully we’ll succeed again,“ wishes the current world number three.

Team Spain will be relying on the world number seven, Garbiñe Muguruza, whereas Carla Suárez Navarro is going to miss the tie due to shoulder injury. Conchita Martínez’s selection also includes Lara Arruabarrena (WTA world No. 69), Sara Sorribes (No. 106) and the doubles specialist María José Martínez (world No. 33 in doubles ranking). The Fed Cup matches will be broadcast live on February 11 and 12 at ČT Sport.

With her participation in the Fed Cup tie, Karolína continues her busy program. Following a great success in Australia, where she triumphed in Brisbane and reached the quarterfinals in Melbourne, she now focuses her attention on representing the Czech Republic. Right after the Fed Cup she will be heading for Qatar, to play at the tournament in Doha.