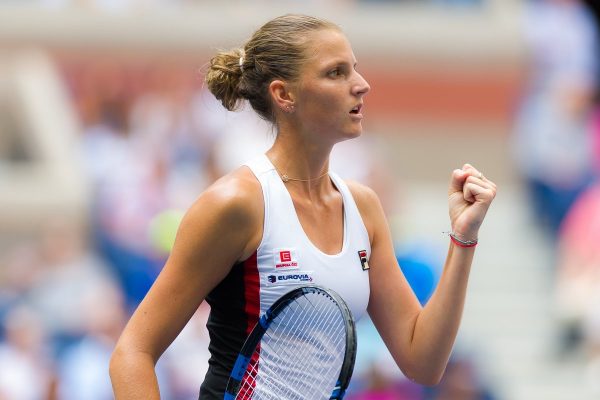 What a tough day it has been for Karolína Plíšková in Qatar today. During one day she fought her way through two rounds, all the way to the final of this prestigious event! First, the Czech number one smashed Shuai Zhang of China in a match that lasted almost seven hours due to rain breaks, before beating Dominika Cibulková for the first time in her career in the semifinals only a few hours later.

Karolína has been playing fantastic tennis this year. She triumphed in Brisbane, reached the quarterfinals at the Australian Open for the first time, and moved to number three in the WTA rankings. She confirmed her great form in the Fed Cup and her magical ride continues in Doha as well. It was a convincing 6-2, 6-0 victory against Zhang.

Then came the main course of the day – the Czecho-Slovak battle against Dominika Cibulková. Until today Cibulková won all three head-to-head matches against the big-hitting Czech, but this record belongs to the past already. Karolína beat the world number five in tough windy conditions in three sets 6-4, 4-6, 6-3 to reach her 18th career WTA final, where she will fight for her 8th title!

“It was a very tough day, but with a happy ending. I’m tired, but when you win, you get over it better. I’ll be ready for the final.” - Karolína Plíšková

Karolína was once again relying on her weapon of mass destruction – her serve. She hit 21 aces, which is what tilted the scales in her favor in the tight match. Plíšková’s record in 2017 is impressive – she lost just one match out of fifteen! In tomorrow’s final she will face the winner of the clash between Monica Puig and Caroline Wozniacki.