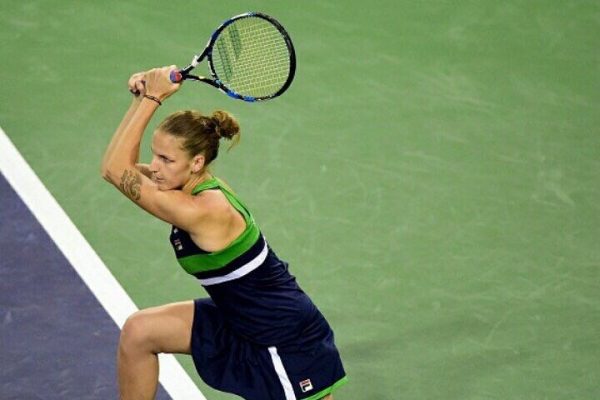 It definitely wasn’t easy, but this thrilling battle had a happy ending. Karolína Plíšková won her opening game in California, coming back from a set down against the Olympic champion Mónica Puig to reach the third round after a 1-6, 6-4, 6-4 win.

Karolína Plíšková, the winner of two titles this year, in Brisbane and Doha, played her first match since her loss against Mladenovic in Dubai two weeks ago. And the start against Mónica Puig at Indian Wells was far from ideal as well. Losing two matches in a row for the first time this season? This was rejected by the Czech favorite!

Most of all, Karolína was struggling with her best shot – the serve. In the opener, she couldn’t hold any of her four serves and lost the first set 1-6 in a half an hour. “Let’s face it, I was struggling a long time on the court today. But it’s important to win games when everything doesn’t work as planned,” Plíšková commented on her performance.

At the start of the second set, Plíšková lost her fifth consecutive serve, but then gradually started to come back and forced the third set. “I still believed I could turn this around. I tried to be positive and hoped my game would improve,” Karolína Plíšková said shortly after the match.

And the Czech number one’s words proved right. Puig lost some of her confidence and started making unforced errors. And Karolína took advantage of this perfectly. She wasn’t unsettled by being 0-3 down in the decider, won five games in a row and the turned the match around. She finished it with a love game on her serve. “I’m satisfied mainly with the result. It was a very tough match. I believe I will show better performance in the next round,” concluded the world number three, who improved her head-to-head record against Puig to 4-0.

Karolína Plíšková is a defending semifinalist at Indian Wells and in the third round she will face Irina Begu of Romania, with whom she lost their only previous encounter in Tokyo in 2011. “My sister Karolína played her in Australia this year. I know her backhand side is really goo,” Plíšková said about her next opponent.