Plíšková Eases to Round of 16 at Indian Wells 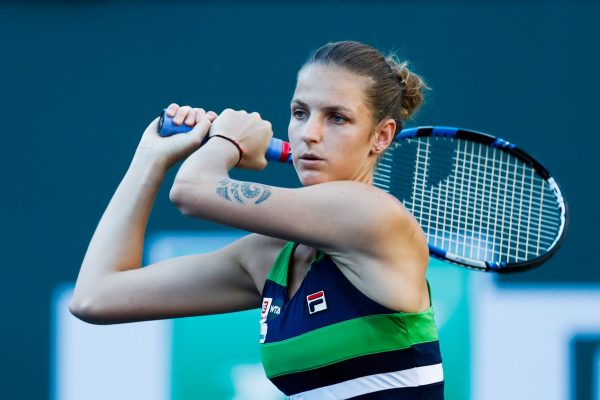 Karolína Plíšková won her second match at her favorite event at Indian Wells as well. In the third round she defeated Irina-Camelia Begu of Romania 6-4, 7-6 and progressed to the round of 16, where she will face Timea Bacsinszky.

The first-set score looks quite close at first sight, but Karolína was already dominant in the opener. She went into a quick 2-0 lead and despite Begu managed to tie the score, in the rest of the set Karolína was holding her serve with no difficulty at all. On the other hand, during her opponent’s serve she had an incredible number of opportunities but had to wait for another converted break point until the ninth game. With the score at 5-4 she capitalized on her second set point.

Karolína started the second set better and more actively as well and went into a 3-1 lead. However, she couldn’t confirm the break, lost four games in a row and the situation suddenly started getting complicated. But then the match took another turn, Karolína saved two set points and forced a tie-break, which she dominated. Following her 6-4, 7-6 victory she was all smiles. “It was a very tough match, we played over two hours. Tomorrow I have a day off and will prepare myself well for my next opponent,” said Plíšková.

In the round of 16 she is going to meet Timea Bacsinszky of Switzerland, who fought a three-and-a-half hour battle against Bertens. Karolína played Bacsinszky a total of three times in her career – she lost the first two encounters before winning convincingly 6-4, 6-2 in the last year’s Fed Cup rubber.