Plíšková Goes Through as Bacsinszky Retires 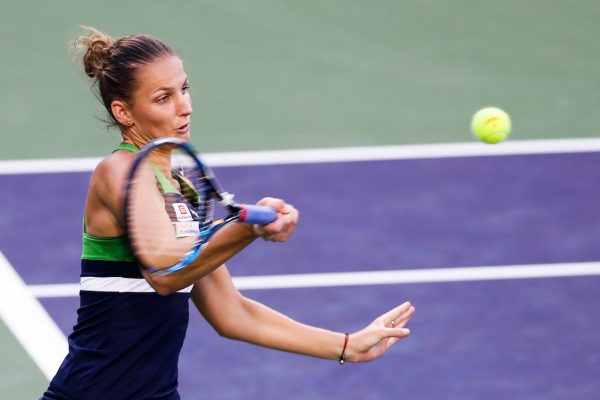 Karolína Plíšková spent less than thirty minutes on the court at Indian Wells and moves into the quarterfinals, after her opponent Timea Bacsinszky retired when trailing 1-5 in the opener. The Swiss player was complaining about wrist problems. Karolína was thus able to save some energy for the next round.

In the six games played, Plíšková showed excellent performance, way better than in her previous matches in California. She served perfectly and even dominated rallies against the great defender Bacsinszky. She was both aggressive and accurate. “I felt really great today. Confidence in shots as well as footwork, everything worked just fine,” the world No. 3 commented on her short round-of-sixteen performance.

Despite a negative 1-2 head-to-head record with Bacsinszky, Karolína Plíšková was a clear favorite before the match. Now the record is tied already. “Nobody likes advancing after the opponent’s retirement. I’d rather win the game myself. On the other hand, it’s good I didn’t have to play for example three hours in this heat,” Plíšková found positives in the quick end of the match. “I hope Timea will be OK soon,” the Czech number one added.

Karolína thus continues her excellent sail through the 2017 season, losing only two matches so far. In the quarterfinals, she will take on the winner between the Ukrainian Svitolina (head-to-head record 5-0) and Muguruza of Spain (5-1). Karolína will start her battle for a spot among the final four at 7 PM local time, i.e. at 4 AM CET.