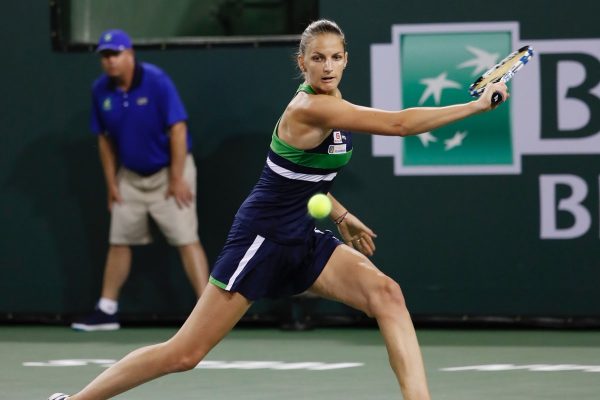 Karolína Plíšková edged past Garbiñe Muguruza 7-6(2), 7-6(5) to reach the semifinals at the very prestigious tournament in California. This also means she managed to defend the points she’d earned at this event last year, when she also made it into the final four.

Karolína yet again proved that in the tightest moments she plays her best tennis. In the battle against Muguruza she won both tie-breaks and deservedly improved their head-to-head record to 6-1. In order to win the match, Plíšková had to show great mental strength. She was already up 5-2 in the second set, at 5-4 she didn’t convert two match points, but she didn’t lose her composure and finished the match in the second tie-break.

In the semifinal, which is scheduled for Friday, she will meet the Russian Svetlana Kuznetsova, who defeated her compatriot Pavlyuchenkova in the quarterfinal. Kuznetsova is an experienced thirty-one-year-old player and a two-time Grand Slam champion. Her record against Plíšková is 1-1.