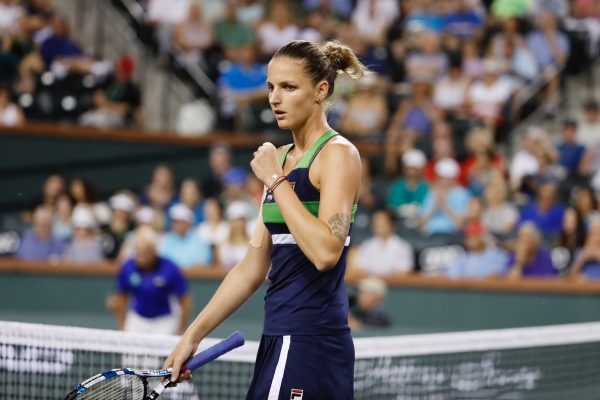 Karolína Plíšková played her best match at the BNP Paribas Open at Indian Wells, but it wasn’t enough to reach the final. She was overcome by the Russian Svetlana Kuznetsova, who played excellent tennis and won the two-hour drama 7-6(5), 7-5(2).

Karolína’s third loss of the season came after an amazing battle that was thoroughly enjoyed by the excited spectators at the centre court. Still, Karolína talked about her performance modestly. “I don’t want to say I played well, but it was definitely my best match at the tournament,” the Czech said after the match.

The dramatic contest brought a great number of break points and lost serves. Kuznetsova started off better and despite losing her lead of two breaks she grabbed the first set in the tie-break. Similarly, the experienced Russian fought her way to win the second set as well and advanced to her third career Indian-Wells final.

Plíšková was angry after the match and even threw her rocket away with fury. This loss hurt a lot. With a performance like that she deserved to advance. She was close. “I had some chances to win, but in a game like this you have to show your best tennis to succeed. Svetlana will definitely do well in the final,” Plíšková said at the post-match press conference.

Karolína Plíšková won 19 of her 22 matches this year and moved up to No. 3 in the WTA world ranking. The first part of her season can thus be marked as phenomenal. “I have two titles, semifinals from here and quarterfinals from Melbourne. So far, I value most the title from Brisbane,” the Czech number one commented on her season so far.

Karolína will now have some time to rest and is planning to spend the day off by the pool. She definitely won’t think about tennis. Then she will move to Miami to play at another prestigious event.