Miami to See Czech Battle in Round of 16 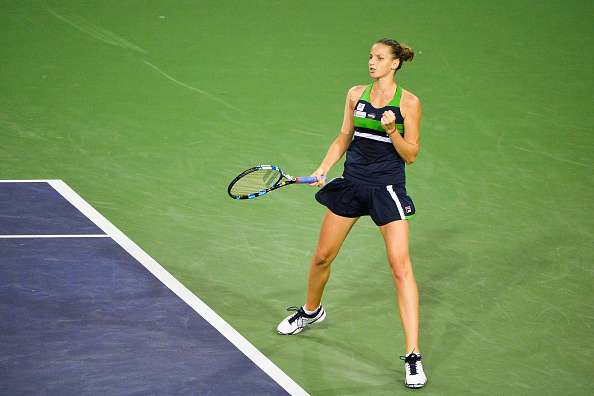 Karolína Plíšková defeated Yulia Putintseva in straight sets 7-5, 6-3 in the third round in Miami. The match was interrupted by rain for a few hours after the first set, but this didn’t slow down the world No. 3, who will face her Fed Cup teammate Barbora Strýcová in the next round of this prestigious tournament.

The opening set was long tight, with the decisive break coming at its very end. Karolína grabbed the first set after one hour and seven minutes. Right at the start of the second set, a real downpour came and the match was interrupted. Nevertheless, Karolína returned in great temper after the break. “I wasn’t happy about the rain delay, of course, but I tried to stay positive. Then I warmed up again and felt good,” Karolína revealed after the match.

The second set was firmly in the Czech player’s hands, who won 6-3 and advanced to the round of 16. This also means she has already significantly improved her last year’s performance, when she was eliminated in the first round. In the round of 16, Karolína will play another Czech, Barbora Strýcová, and the spectators can thus look forward to an interesting encounter.