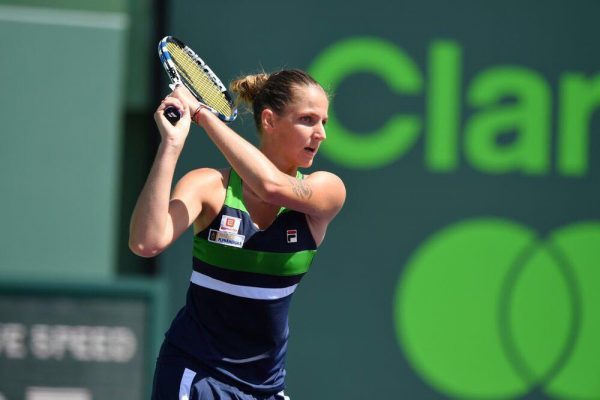 Karolína Plíšková continues her smooth cruise through the Miami tournament. She hasn’t lost a single set so far and the last player to feel her form was her compatriot Barbora Strýcová. Karolína defeated her Fed Cup teammate 6-1, 6-4.

In her match against Strýcová, Karolína showed her best performance at the tournament so far. She took the first set in only 21 minutes, losing just two balls from 1:1 onwards. Strýcová absolutely couldn’t cope with the game of her more successful compatriot. “I showed a really good performance today. I hope my form will keep rising,” believes the Czech number one.

In the second set, Plíšková was already up by 5-2, with two broken serves in her hand. But Strýcová didn’t give up so easily. At 4-5 she had three break points, but didn’t manage to convert them and Plíšková held her serve to win 6-1, 6-4. “I’m glad I’ve won this in two sets. The end got very complicated,” Plíšková said contentedly.

Karolína and Barbora have played several Fed Cup matches together for the Czech Republic, and in doubles they even secured decisive points in the last two finals against Russia and France. “Playing against your compatriot is never easy. It’s tough mentally. We practice together quite often, we play Fed Cup. But I try not to think about it,” Karolína added after improving her this year’s record to 22-3.