Plíšková after the Semifinal Loss: Dreamlike Start of the Year 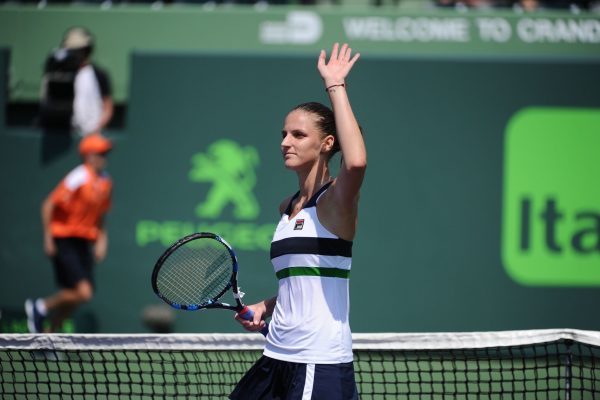 Karolína Plíšková reached the semifinals at the prestigious tournament in Miami and tied her result from the previous event in Indian Wells. She was overcome at this stage of the tournament by the relentless Caroline Wozniacki in three sets 7-5, 1-6, 1-6. But still, she is coming back from the American tour very satisfied.

Karolína has never had a better start of the year. At the end of March, she has a great record of 23 wins and 4 losses. “Perhaps I don’t fully realize it yet, but it’s really an amazing record,” Karolína says happily. This year, Plíšková has already won tournaments in Brisbane and Doha, reached quarterfinals at the Australian Open and now added two semifinal appearances at prestigious events in the United States.

At Indian Wells, California she was eliminated before the final by the Russian Kuznetsova, and in Miami she was stopped by Caroline Wozniacki, in retaliation for the loss in the final in Qatar. The Czech number one took the opening set, but lost both of the next two by 1-6. “The first set cost me a lot of energy and then I played her game. I didn’t manage to be sufficiently aggressive and it simply wasn’t enough to win this time,” Plíšková stated.

Despite the semifinal loss, Karolína currently has the best form of all players – no one has a better record in 2017. “It’s perfect, I feel good in all aspects. The cooperation with my coach David Kotyza is excellent, just like with my fitness coaches. The fact that I’m doing well in my life in general is also reflected in my performances,” added Karolína Plíšková, who will now have an unusually long break without any matches. The next tournament on her schedule is in Stuttgart, Germany, which starts on April 24 and opens Karolína’s clay season.