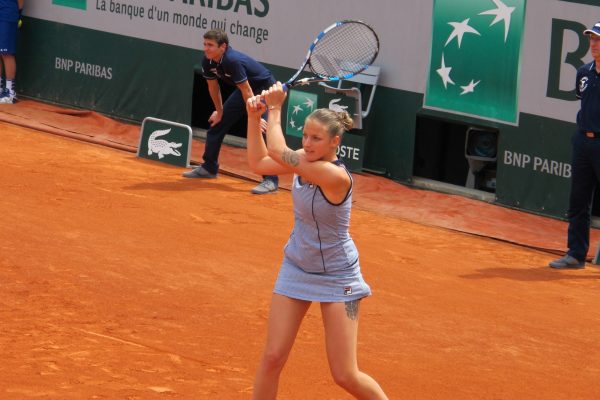 Karolína Plíšková had an extremely successful initial part of the season, during which she won titles in Brisbane and Doha, reached the quarterfinals in Melbourne and fought her way to the semifinals at the prestigious events at Indian Wells and in Miami. After her career-best start of the year she is now getting ready for clay courts, where she would like to improve her last year’s mediocre record.

Let’s now have a look back at her last year’s results on clay. Karolína reached the quarterfinals in Stuttgart and played in the semifinals at J&T Banka Prague Open. In Madrid she was eliminated in the second round and in Rome and Paris she lost her first-round matches. “My last year on clay was nothing to write home about, so I believe it’ll be better this year. I’ll be well prepared,” Karolína said before the forthcoming tournaments.

On Sunday she leaves for Stuttgart, where she’s going to play her first competition match next week. “I hope I’ll time my form for the biggest tournaments. I’d like to post some good results especially in Madrid, and of course at the Grand Slam in Paris,” Karolína explained.

At the season’s only Grand Slam on clay – the French Open in Paris – she’s never reached the third round. “I wasn’t very successful at Grand Slams in general, but I managed to break it at the last year’s US Open. I’ll do everything to improve my best result in France too,” Plíšková concluded.