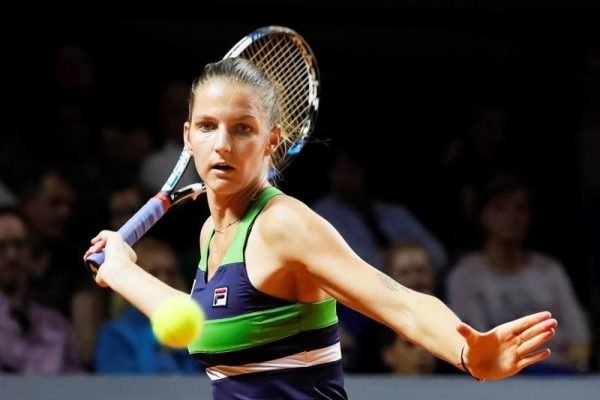 Karolína Plíšková defended her last year’s result at the tournament in Stuttgart, Germany. Like a year ago, she was eliminated in the quarterfinals, losing after more than three hours to the home player Laura Siegemund. The German can thus still hope for a second consecutive final at this event.

It was an incredibly thrilling battle. Karolína was up by 5-2 in the opening set, but she failed to serve it out and lost the first set in a tie-break. In the second set, the Czech managed to recover and forced a third set. But in the decider she was quickly down a break, couldn’t close the gap and lost 6-7, 7-5, 3-6. “It was a tough match, I’m reproaching myself for some moments, but that’s sometimes the way it is. At the end of the match I didn’t have enough energy anymore,” Plíšková said.

Karolína, therefore, defended her last year’s quarterfinal appearance in Stuttgart – a year ago she was eliminated by Radwańska. She’s now going to play a tournament on her home soil – the J&T Banka Prague Open starts on Monday at Stromovka in Prague. “I always look forward to the tournament in Prague. My friends, who otherwise don’t have a chance to see me during the season, will come to watch me play,” said the current world No. 3.