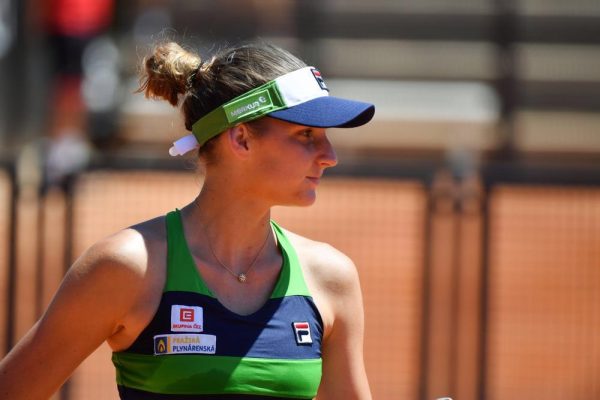 In the second round in Rome, Karolína Plíšková definitely showed her best performance on clay this year. In her first match in Italy, she eliminated Lauren Davis 6-1, 6-1 and won her first ever match on clay in Rome. She will face Timea Bacsinszky of Switzerland in the round of 16.

This is the good old Karolína from this season. The Czech number one made almost no mistakes today and controlled the entire match with her excellent winners.

“I must admit I was rather surprised to see how I played today. I haven’t been very successful on clay, but today everything went perfectly,” satisfied Plíšková said after the match.

After losing early in Prague and Madrid, Karolína put herself in a better mood in Madrid. Today’s easy victory is even more surprising as Lauren Davis has had very good results on clay recently – she reached quarterfinals in Rabat, lost in the second round in Madrid to the in-form Mladenovic and in Rome she eliminated the excellent clay-specialist Suárez Navarro in her first match.

“Clay is her favorite surface, but I went into the match confident and with a clear game plan – to play aggressively.” – Karolína Plíšková

And she fulfilled this tactical plan perfectly, Davis had no chance. The American kept making mistakes and didn’t find a way to slow down the world number three. For Plíšková, this win is significant from several points of view. She managed to beat Davis for the first time (in three attempts) plus she can celebrate her first ever victory on clay in Rome. In the past two years, she was eliminated in the first round without winning a single set.

“I’m happy. Hopefully the bad luck is definitely broken. Rome is a beautiful city, so finally I will have better memories of it, not only because of the wonderful sights, but also thanks to tennis.” – Karolína Plíšková