Karolína Eliminated by Svitolina in Rome 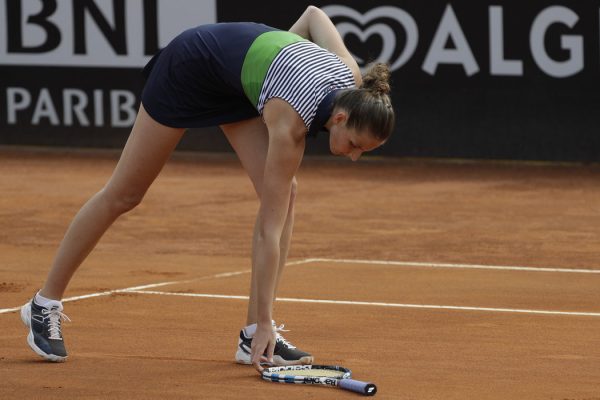 Karolína Plíšková lost to Elina Svitolina in the quarterfinals of the clay tournament in Rome. It was her first career loss against the Ukrainian at the WTA Tour. Karolína thus failed to move to the second spot in the WTA rankings. She’ll have another chance in Paris.

Four wins and four losses. That’s Karolína Plíšková’s record of this year’s clay season before the Roland Garros. In Rome, she reached her biggest quarterfinals on clay, but Elina Svitolina didn’t let her go any further. The Ukrainian won 6-2, 7-6 and improved her head-to-head record with Plíšková to 2-5. Her first win came at last year’s Hopman Cup.

Unlike in the first two matches in Rome, Plíšková made more unforced errors, especially early in the match, lost the first four games and couldn’t save the opener. “Elina started really well, I was surprised. I deservedly lost the first set,” Karolína commented.

In the second set, Plíšková improved significantly and at 5-4 she was even serving for the set, but lost the game and the set went into a tie-break. Karolína had three set points in the tie-break, but Svitolina saved them all perfectly and after an hour and a half converted her second match point. “I’m disappointed, the second set was within my grasp. It really grates on me, I left everything on the court. I needed a bit of luck but it wasn’t on my side today,” the world number three admitted her disappointment.

After the Rome tournament, Plíšková is only ten points behind the second Serena Williams, who is pregnant. Karolína will now have a few days of practice in Monaco, after which she will move to the venue of this season’s second Grand Slam. “Performances in Rome boosted my confidence, I’ll try to follow up on this in Paris too. I proved to myself that I can play dangerous tennis on clay as well,” Karolína Plíšková concluded.