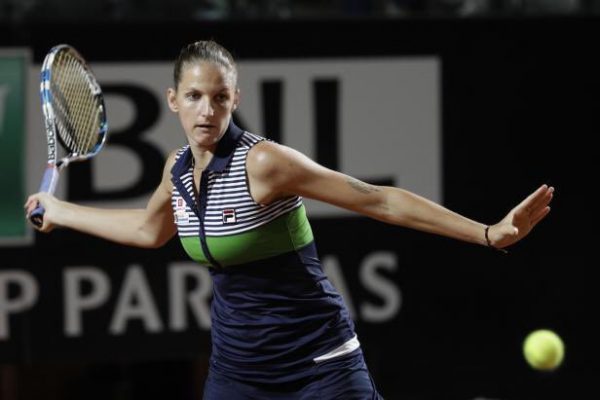 Tomorrow, Karolína Plíšková will already arrive to the venue of this year’s second Grand Slam, the Roland Garros in Paris. Despite clay has never been her most favorite surface, now it seems things are looking up a bit. At the tournament in Rome, Karolína showed that she can play top-class tennis even on clay. At this prestigious event in Italy, she was stopped in the quarterfinals by the future winner of the tournament, Elina Svitolina.

After the match against Svitolina you were very mad. How do you evaluate your result in Rome with hindsight?

Now, when I’m already absolutely calm, I can say that the matches in Rome were the best I have played on clay this year. Including the last one against Svitolina, despite it wasn’t enough to go through.

How do you feel before the climax of the clay season?

I feel good. I feel my form is getting better. Even my movement on clay is better than during the first two tournaments. I practised hard, so we’ll see how it’s going to go in Paris.

What result would you be satisfied with in Paris?

I’ve never made it through the second round in Paris, so I’m definitely not setting exaggerated goals for myself. If I improve this record, I’ll be satisfied.

It’s a very nice city, but to be honest it’s not among my favorites. I really enjoyed Rome last week, I really like it there. You can feel the history everywhere and their food is great. Simply amazing.

Usually, there aren’t many free moments during a Grand Slam. If you happen to have some, how are you going to spend them?

I definitely don’t want to spend them in the tennis complex. We live quite close to the courts, so I’ll be relaxing in my apartment, reading a book for example.

Do you have any special memory of Paris?

Nothing special so far, so I hope it will change this year!

So far, you’re having the season of your life – before the climax of the clay season you’re second in the “Race to Singapore” ranking. The second place in the world ranking is also very close. What do you attribute your great form this year to?

The first three months were very successful, both regarding my game and my physical condition. I did a lot of work and improved in many aspects. I’d like to continue in that.