Coach Kotyza: Karolína Not at Her Top Limit Yet 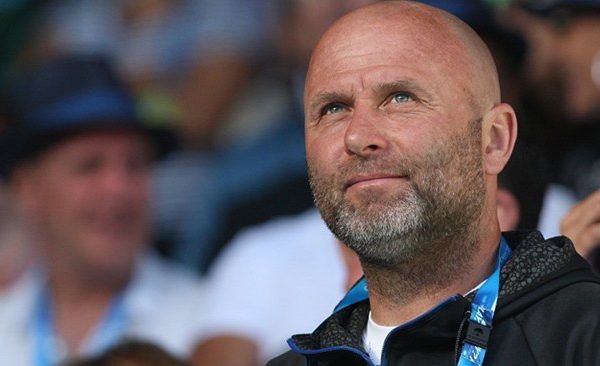 Karolína Plíšková has been showing a great form this year and she may be reaping the harvest of her cooperation with the best Czech coach David Kotyza suprisingly quickly. The experienced coach from Pilsen believes that Karolína can succeed at the Roland Garros as well and that she hasn’t reached the top limit of her performance yet.

Karolína has been having the best season in her career so far. Did you expect such a successful start of your cooperation?

I knew what season Karolína had last year, so I was positively surprised to see how she started this one. Her early triumph in Brisbane wasn’t a result of our training efforts, but rather an evidence of her zest for new work. Her results from the past few months are a great encouragement for her future work. I’m glad to see that she isn’t satisfied with the current state and wants to keep improving her game.

The previous tournament in Rome showed that she can play at a very high level even on clay. Is she capable of big wins on this surface as well?

In general we can say that clay attenuates Karolína’s weapons most of all surfaces, and at the same time it exposes her weaknesses. She cannot rely so much on direct points from her first serve and gets into uncomfortable positions when moving on clay. That’s why it is important not to give up her aggressive game and try to be active even in situations she doesn’t experience on hard court or grass. In Rome she showed that she is capable of this. That’s why we can look at the Paris Grand Slam with a determination to succeed.

What do you focus most in practice?

We are working and will keep on working on the pillars of her game – the serve and aggressive style are the alpha and omega of her tennis. Plus we need to work on her weaknesses. We know about them within our team and there’s no need to disclose them publicly.

Karolína is attacking the highest positions in the world rankings. Is she nearing the maximum of her capabilities, or is there still some space for improvement?

She hasn’t reached her top limit yet, and that’s good. I’ll be happy if she can look down at the previous season from above at the end of this year.

What result would you be satisfied with in Paris?

We don’t need to focus on a result Karolína would be satisfied with. For me, the most pleasant finding is the fact that she didn’t resign herself to the initial failures on clay and is willing to improve and fight with this part of the season. This is more important for me than the world ranking points. I value her efforts higher than results. When she showed her willingness to fight, good results almost always came.

Do you have any special memory of Paris?

So far, I have deeper memories of Paris as a tourist than as a coach. I won’t be mad if this changes in the next couple of weeks.