Karolína Ties Her Maximum in Paris 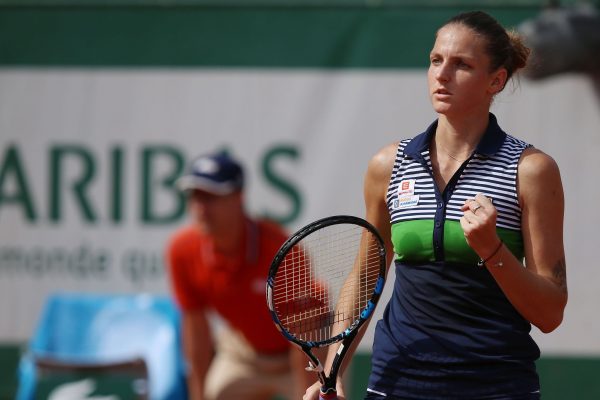 Karolína Plíšková entered the French Open with a two-set win over Saisai Zheng of China and by reaching the second round she tied her maximum at the Roland Garros. She will try to improve it in her next match against the Russian Ekaterina Alexandrova, who has eliminated Kateřina Siniaková.

Plíšková finished her preparation for this year’s French Open with a record of 4 wins and 4 losses. In Paris, she has another opportunity to win her first Grand Slam title and to become the world number one. But both of these goals are still very far as Karolína made only the first step so far.

Plíšková was close to losing the first set. With the score at 4-5, her opponent was just two balls away from grabbing the opener. But the Czech didn’t let Zheng have a set point, won five games in a row and dominated on the court since then. She celebrated her advancement to the next round after 80 minutes.

“At the beginning I was a bit nervous. That’s the way it is at Grand Slams. I’m happy I’m through and I believe I’ll play better in my next match,” commented Plíšková, who is playing her first Grand Slam as a No. 2 seed, with the first-seeded Kerber already eliminated from the tournament.

Karolína has recorded only her third career win on clay in Paris and she will play for a spot in the third round with the twenty-one-year-old Russian Ekaterina Alexandrova, who lives and trains in Prague.