Plíšková Reaches Third Round for the First Time in Paris 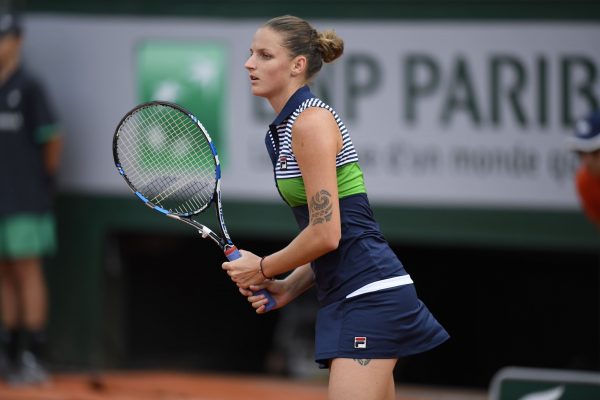 Karolína Plíšková overcame Ekaterina Alexandrova 6-2, 4-6, 6-3 on clay in Paris and for the first time reached the third round at the French Open. She will play her next match on Saturday against the German Carina Witthöft.

Plíšková needed six attempts to get through to the third round. Last year she was eliminated in the first round already. “It was a hard-won match,” she said at the post-match press conference. She went through the opening set against Alexandrova quite easily at the Phillipp Chatrier centre court, but then she struggled. The Russian player, who lives in Prague, improved her performance and grabbed the second set. “She started nervously but then she improved. I played passively and couldn’t hit my returns properly, also because she served perfectly,” Karolína explained.

Nevertheless, her experience and great serve proved crucial in the decider. “I was able to rely on my serve today. She made some mistakes, but I didn’t play optimally. I need to be more aggressive next time,” Karolína Plíšková concluded about her performance.  In her next match, Karolína is going to face Carina Witthöft of Germany in their first ever encounter.