Karolína Cruises Past Witthöft to Reach Round of 16 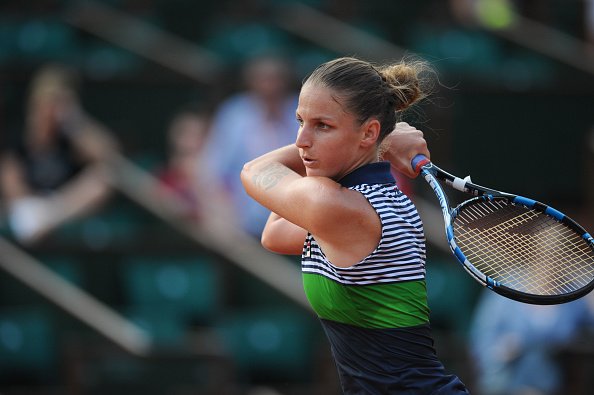 Karolína Plíšková played for the first time in the third round in Paris and yet again improved her maximum at the French Open. She spent one hour and nine minutes on the court with Carina Witthöft of Germany and after winning 7-5, 6-1 she advanced to the round of sixteen.

Plíšková, the last Czech player in the singles competition, had only troubles against Witthöft halfway through the opening set. After a great start and a 2-0 lead she lost the next four games, but got back into the match and won the opener 7-5 in the end. “The first set was decisive. Then I loosened up and played faster,” Karolína stated.

She had the second set clearly in her hands, lost only one game and finished the match after 69 minutes with an accurate smash, which was her 34th winner. Plíšková thus celebrated her 30th win this year.

Karolína has reached the round of sixteen at the third consecutive Grand Slam. The breakthrough came at the last year’s US Open, where she advanced to the second week for the first time and went all the way to the final. Early this year, in Melbourne, she reached the quarterfinals.

In the round of sixteen, she will face Veronica Cepede of Paraguay, who sits on 97th position in the world ranking. “I’m preparing for the match as if I played against Serena. I don’t want to underestimate it. I don’t play my best tennis on clay, so I want to do everything to go through to the next round,” the current world number three said.

For a long time, Plíšková hadn’t been very successful on clay, but the tournament in Rome already showed that she is able to play top tennis even on this surface. “I’ve won three matches here already, so the self-confidence is growing. Although I don’t play my best tennis, I’m still here and I can improve. I’ll be hard to beat. I hope,” Karolína Plíšková concluded with a smile.