Plíšková Stopped at the Gates to the Final in Paris 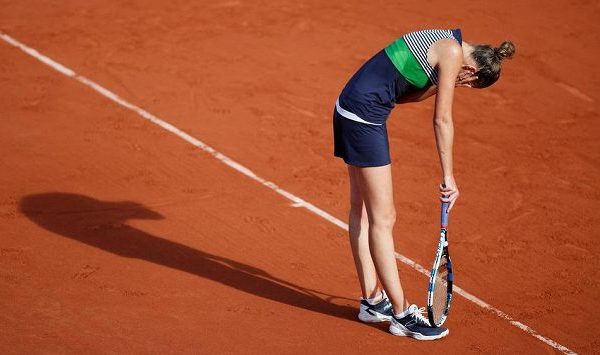 Karolína Plíšková was only one set away from the French Open final and from becoming the world number one. In the end, the Czech lost in the best match of the tournament to Simona Halep, who will fight for her first Grand Slam title against Jelena Ostapenko of Latvia.

Last summer, Plíšková’s personal best at the Grand Slams was third round. But then she played the final at the US Open, reached quarterfinals in Melbourne and got all the way to the semis in Paris, on her least favorite surface. She lost her semifinal match against Simona Halep 4-6, 6-3, 3-6.

Halep was moving perfectly on the court, returned impossible balls and made virtually no mistakes. Karolína kept pressing on her opponent, shooting one winner after another, but this also brought unforced errors. The first set was decided by a single break won by the Romanian, who grabbed the opener 6-4.

In the second set, Plíšková served perfectly, kept Halep at arm’s length and patiently waited for her chance. It came in the sixth game, when she broke her opponent’s serve for the first time in the match and went into a 4-2 lead. Then she held her serve and tied the score after an hour and 20 minutes.

In the decider, both players were showing great tennis. Karolína played quickly and aggressively, Halep defended bravely. Plíšková lost her serve in the fourth game and despite she had chances to win it back, she didn’t manage to break Halep anymore. Karolína Plíšková must therefore wait for her move to the highest spot in the world ranking, but it takes nothing away from the absolutely superb result she achieved on her least favorite surface!

“I spent all my energy, I feel really exhausted. Simona was beyond my strength today. It will probably take me some time to objectively appreciate, how big a result I have achieved here. After all, until this year my best result here in Paris was second round,” Karolína Plíšková commented on her great performance.