Karolína Victorious in her First Match on Grass This Year 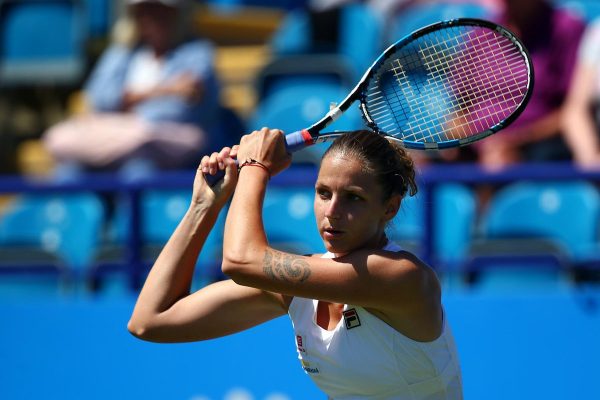 Karolína Plíšková played her first tournament match since the French Open where she made it all the way to the semifinal. The current best Czech player was originally supposed to play in Birmingham already, but withdrew from the event due to minor elbow problems. Today, in Eastbourne, she defeated Alison Riske and advanced to the round of sixteen.

She beat the American also in their last head-to-head encounter, which took place last year in Nottingham (on grass as well). Today, she showed a solid performance and dominated mainly on serve. She faced the first break points in the opening game already, but fought them off and didn’t allow any such threat during the rest of the match. “My serve worked very well, I felt relaxed in general and really enjoyed the match,” the current world number three said contentedly.

Plíšková lost only 3 out of 36 points on her first serve, shot 7 aces, and risked more frequently on second serve as well, which caused 6 double faults. Karolína presented herself with active tennis, kept Riske in defense and controlled the pace of rallies. She broke her opponent’s serve late in both sets and won 6-4, 6-3.

Her round-of-sixteen opponent will become known tomorrow. She will face the winner of the match between Shuai Peng and the fifteenth seed Timea Bacsinszky.