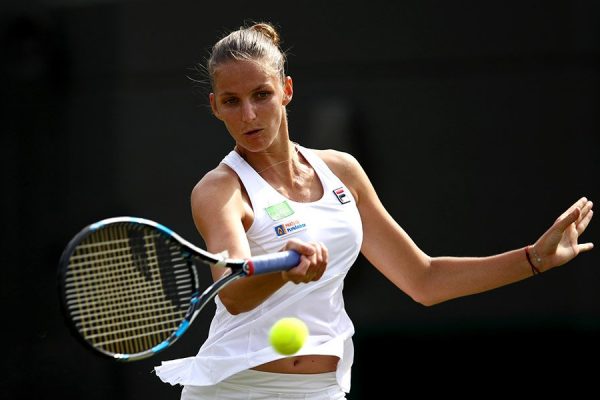 Karolína Plíšková started her Wimbledon campaign with a win. After beating Evgeniya Rodina of Russia 6-1, 6-4, she advanced to the second round, which ties her best Wimbledon result. The Slovak Magdalena Rybáriková is going to be her next opponent.

Karolína has the world number one position within her reach and her performance corresponded to that. She has arrived to the famous All England Club in excellent form, which she proved on the court number 1 in her match against Rodina.

Plíšková served flawlessly in the opening set and broke her opponent’s serve twice to win 6-1. She started the second set with a break too, but was broken back for the first time. Apart from that, her serve worked perfectly. She’s hit a total of nine aces and 35 winners.

Karolína yet again managed to break her opponent back and kept the gained advantage until the end of the set. She served the match out with a love game and after 71 minutes celebrated her advancement to the next round. “I’m very happy I’m successfully past the first round. The first matches are usually quite tough, especially from the mental point of view,” Karolína commented on her match.

In the second round, Plíšková will face the Slovak Magdalena Rybáriková, who plays in a very solid form. “She’s a very dangerous opponent and plays perfectly on grass. I have a day off tomorrow, so I’ll get ready for the match and I believe I’ll be successful again,” Karolína concluded.