Plíšková Loses in Three Sets and Drops out of Wimbledon 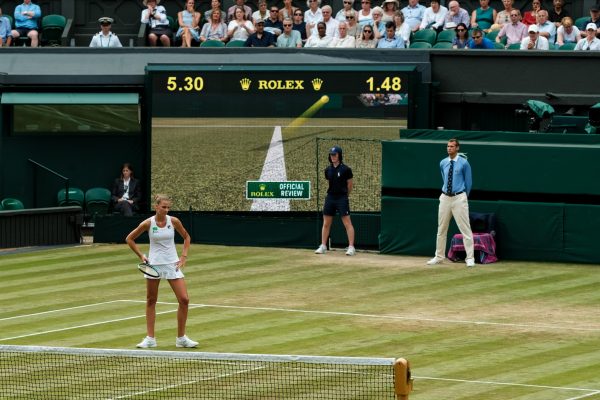 Karolína Plíšková didn’t improve her maximum at Wimbledon and for the fifth time finished her campaign here in the second round. This time she was overcome by the perfectly playing Slovak Magdalena Rybáriková, who succeeded in three sets 3-6, 7-5, 6-2.

Great tennis was being played at the centre court in Wimbledon and the quality of the match rather resembled a semifinal of this famous Grand Slam. One of the rallies in the decider was even declared the most beautiful rally of the day; the ball crossed the net eighteen times, which sent the spectators including Louis van Gaal, the former FC Barcelona and Manchester United coach, into raptures.

Before the match, Plíšková was aware this was going to be a very tough match, but long it seemed she was marching towards round three. She won the first set 6-3 and broke Rybáriková in the second to get into a 3-2 lead. “It was very tight from the beginning but still I had the upper hand. After the break in the second set I had the biggest chance to go into a decisive lead, but unfortunately it didn’t work out,” Karolína Plíšková regretted after the match.

The Slovak has been playing great tennis on grass this year and she confirmed it again, broke Karolína back and tied the score at 3-3. Plíšková lost her serve again in the tenth game and lost the second set. In front of the eyes of the famous Australian Rod Laver Plíšková had a break point for 2-1 in the decider, but didn’t convert it and lost her serve right afterwards. The lion-heartedly fighting Karolína got back into the match, but Rybáriková kept improving, seemed determined and didn’t lose a single game until the end of the match.

“I have to appreciate my opponent’s quality. Her varied tennis – chops, net approaches – I had trouble finding answers to that. Still I had chances to win but I must admit Magda deserved to advance,” Plíšková stated sincerely.

Karolína will now travel to Monaco, where she is going to have a few days off. Then a whirl of preparations will start again – the series of American hard-court tournaments begins in August, and it’s Karolína’s favorite part of the season. Just remember last year’s successes in Cincinnati and New York.