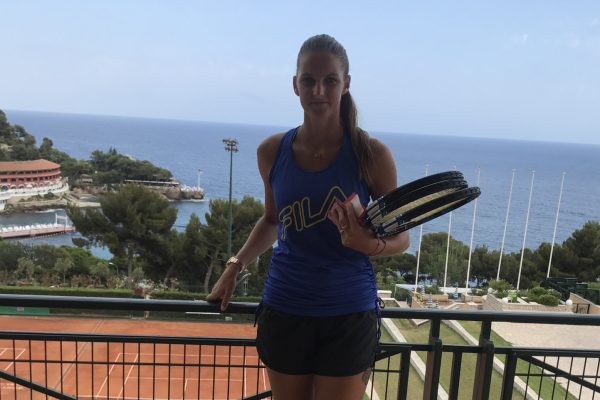 Karolína Plíšková takes the world tennis throne! The dream has come true on the grass courts of Wimbledon and Plíšková is the first Czech player in history to become the world number one. She has accomplished this huge achievement after her rival, Simona Halep of Romania, lost her quarterfinal match.

The world number one position was free to take yesterday already, following Angelique Kerber’s elimination from the tournament. In order to take the throne, Halep needed to reach the semifinal, but she was overcome today by the home player Konta in a three-set drama. Therefore, Karolína Plíšková will officially become the world number one on Monday, achieving what the Wimbledon champions Kvitová or Novotná tried to accomplish in vain. They were second at best.

“The ideal scenario would be to support this with a great result right on the court, but becoming the world number one is an indicator of long-term performance, not just one successful tournament,” Karolína comments on her elimination in the second round of Wimbledon. “I’m enormously happy, my dream came true. I remember my first tennis steps and this is a milestone everyone who loves this sport wants to achieve,“ the twenty-five-year-old Plíšková rejoices.

Karolína has been enjoying the best season of her career. She has won three tournaments so far this year and reached the semifinal at the Grand Slam in Paris, as well as at Mandatory events in Indian Wells and Miami. “I’m doing really well this year, apart from a few exceptions. Being the world number one is a huge responsibility for me. I feel firm determination, I will keep practicing hard and I want to show that I deserve this status,” Plíšková claims.

At the moment, Karolína begins her preparation in Monaco for the tournaments in the U.S. She has already started with light practice after a few days off. And shortly after one of her practice sessions she discovered this great news. “I went to play some tennis with my boyfriend and after we finished we watched the last few balls of Halep’s match on the phone,” Karolína Plíšková describes the happy moments.