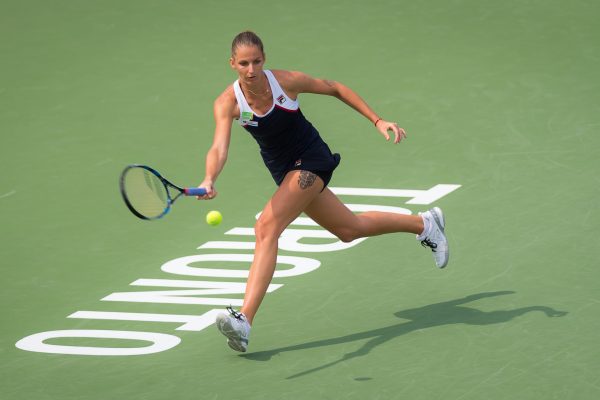 Karolína Plíšková has won her second match in Toronto as well. Not once has she lost her serve against Naomi Osaka, but still she lost the second set in the tiebreak. After the first game of the third set, however, the Japanese player retired from the match.

Plíšková starts in Toronto as the world number one for the first time, and she’s coping with her role well. Yesterday, she defeated Pavlyuchenkova of Russia in straight sets despite losing her serve four times, while today, on the contrary, the match went into the decider even though she managed to hold all her serves against the six years younger Osaka, whom she faced for the first time in her career.

In the opening set, Karolína converted two out of five break points and didn’t face any herself. The second set was significantly tougher and was decided by the tiebreak, in which the nineteen-year-old Osaka was more successful. “Naomi improved a lot in the second set, started playing more aggressively and it was much more difficult,” Karolína Plíšková admitted.

Right after the first game in the decider, when Plíšková broke her opponent’s serve, the Japanese took a medical time-out and eventually retired from the match due to abdominal injury. Plíšková has therefore advanced to her first ever Rogers Cup quarterfinal. She will face Caroline Wozniacki, with whom she has a negative head-to-head record 2-4. But she won their last encounter, a few weeks ago in the final in Eastbourne.