Plíšková Starts Off Her Title-Defence Campaign in Cincinnati 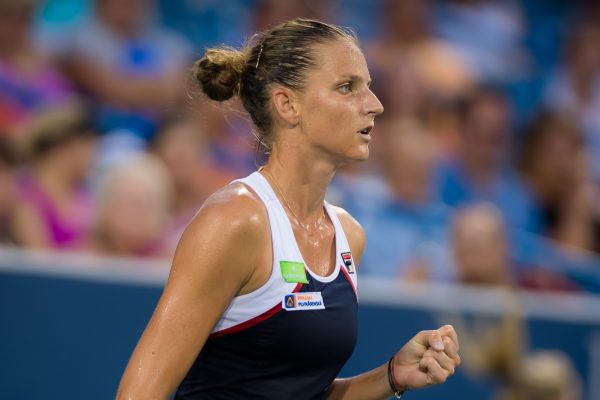 Karolína Plíšková has played her first match in Cincinnati, where she triumphed last year. Being the number one seed, she got a bye in the first round and in the second she defeated the twenty-year-old Russian Natalia Vikhlyantseva, 6-2, 6-3.

The ace queen controlled the match from start to finish and hit seven aces in the opening match of the evening session at the center court. The serve worked perfectly, especially the first serve. She’s won 94% first-serve points!

“I must admit I didn’t feel absolutely OK, but I’m glad I’ve won the first match,” Karolína Plíšková said after hitting 12 winners and converting 3 out of 7 break points. Not once did she lose her serve. “My serve is my biggest weapon, but my opponent also served fairly well today. Plus her serves were really strong, which surprised me,” Karolína explained.

Today at 5 pm local time (11 pm CET) she is going to face Camila Giorgi of Italia, whom she already met once this year and fared badly. She was surprisingly defeated at a clay tournament in Prague. But she’s going to be a big favorite on her favorite surface.