Karolína Sails Through to Second Round at U.S. Open 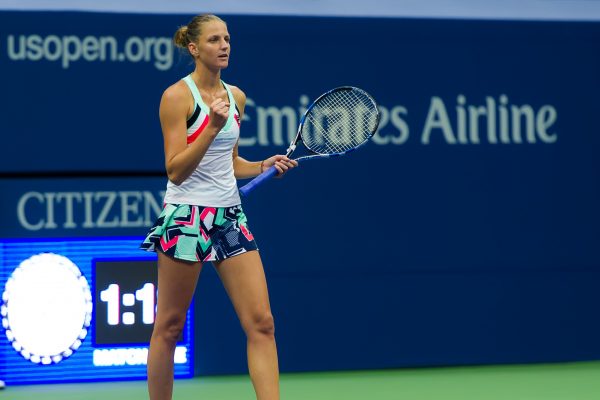 Karolína Plíšková managed to win her opening match at the U.S. Open without difficulty. She wasn’t even put out of countenance by a break due to closing of the roof above the Arthur Ashe stadium. She ended the match after 78 minutes with an ace for her foundation.

From start to finish, Plíšková’s performance against Magda Linette of Poland was very solid. “I expected it to be more difficult than it actually was. I could have played better, could have served more efficiently, but it was quite good,” Plíšková commented on her 6-2, 6-1 victory.

The ace queen announced before the tournament that for every ace she hits she will donate 200 Euros to the kids through her foundation. She hit eight of them in her first match in New York, including one from a second serve on match point. “That one was for the foundation,” she revealed that she risked the second serve intentionally, to make sure she hits that ace.

Plíšková can therefore be satisfied with her performance so far. Tomorrow she has a day off and will also celebrate her coach’s (David Kotyza’s) fiftieth birthday. “He will get some original presents, but nothing that would make him superexcited,” Plíšková said with a smile on her face.