Plíšková Shows Her Champion Spirit and Reaches Round of 16 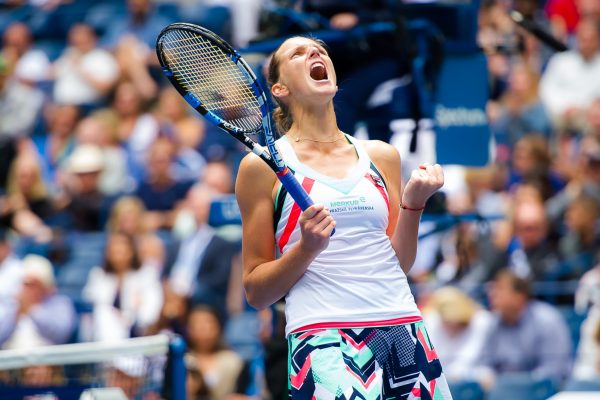 The world number one, Karolína Plíšková, is through to round of 16 at the U.S. Open! However, she had an incredibly tough job with Zhang Shuai of China. She lost the first set and faced a match point in the second. But she showed her great fighting spirit, didn’t give up and turned the match in her favor.

Plíšková still successfully continues in her campaign on her favorite Grand Slam. Last year, she made her way all the way to the final on the hard courts in New York. Because of this, as well as because of her position atop the world ranking, she is under huge pressure this year. “I didn’t play amazing tennis, but advancement to the next round is what counts,” Plíšková felt relieved after the match.

Plíšková started the match perfectly and broke her opponent’s serve at the very beginning before losing hers twice. Zhang Shuai played excellent tennis, moved very well on the court, varied her shots and was active in rallies. She hit seventeen winners in the first set, whereas Plíšková only seven. The opening set went to the Chinese – 6-3.

Then the match became tighter, but at 4-4 Plíšková lost her serve and Zhang Shuai went to serve for the match. She even had a match point and rarely anyone would bet on Plíšková at that moment. But the current world number one hit her best forehand shot of the match and sent it down the line! “I didn’t play many down-the-line forehands, but this was my last chance, so I went for it,” Karolína described the crucial moment. Then she tied the score at 5-5 and won two more games to grab the second set.

Before the decider she was given medical treatment on her right forearm. “Hopefully it’s nothing serious; I’ll be ready for the next match,” Plíšková said after the match. At the start of the third set she lost her serve, but stayed strong and turned the score around from 0-2 to 3-2 after a series of tough rallies. Plíšková fought admirably hard; it was a war, a battle for every single point. Karolína won the decisive break in the tenth game and subsequently converted her first match point with a backhand winner.

In the round of sixteen, she will face the winner of the match between Monica Niculescu of Romania and the American Jennifer Brady.