Plíšková Struggles on Her Way to Third Round 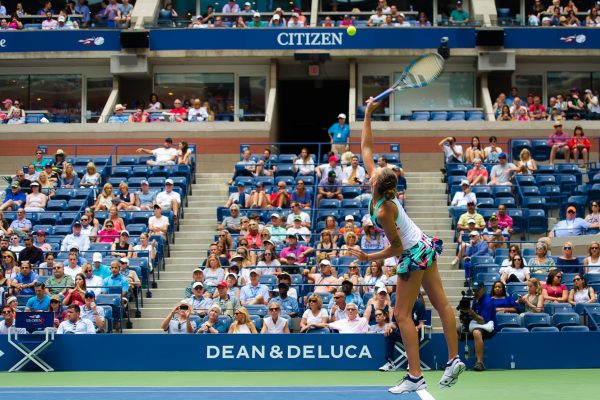 Karolína Plíšková had a very hard time getting through to the third round. In her match against Nicole Gibbs she was one set down but came back perfectly. She has won her third consecutive match against the American and in the third round she will face the winner of the Asian encounter between Risa Ozaki and Shuai Zhang.

It was a nail-biter and cost her lots of energy. Karolína, the current world number one, got into trouble during the match, but managed to beat the 127th ranked player, Nicole Gibbs, in a three-set drama, 2-6, 6-3, 6-4.

Two years ago, Plíšková dropped two bagels on her American opponent, but this time she is playing under big pressure in the centre of all attention. “Fortunately I was able to rely on my serve from the second set and I helped myself with a few aces. Sometimes you need a good serve more than any other time, and that was the case. I didn’t play well from the baseline, but I’ll improve,” Plíšková said after the match, in which she hit eleven aces.

In this way she again significantly contributed through her endowment fund to the Department of Pediatric Hematology and Oncology at the Motol University Hospital, which gets 200 euros for every Plíšková’s ace at the U.S. Open. In the first round she posted eight aces and her today’s contribution was even better by three perfect serves.