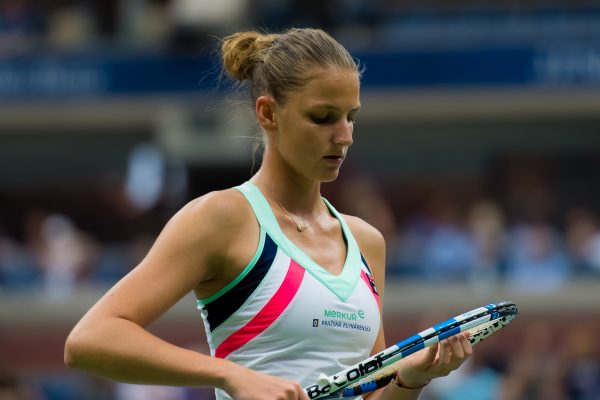 Karolína Plíšková’s U.S. Open campaign ended in quarterfinals. The world number one lost to the home player Coco Vandeweghe and will not defend her last year’s final. This also means she will be replaced on the top of the WTA Tour ranking by Garbiñe Muguruza of Spain.

Karolína Plíšková played her match against Coco Vandeweghe under the closed roof at the Arthur Ashe Stadium and lost 6-7, 3-6. The American served perfectly throughout the match and was solid on return as well. Despite that, Karolína had a break point at 5-4, but played the rally too carefully. “If I could get back to this moment, I would play it differently. I should have been more aggressive,” Karolína regretted after the match. In the end, she lost the opening set in the tie-break.

In the second set, Plíšková was again the first one to lose her serve, but managed to break her opponent back immediately. Unfortunately, the Czech lost her serve one more time and in the end couldn’t fend off the third match point she faced at the tournament. “She played one of her best matches of those we’ve played against each other. She made hardly any mistakes,” Plíšková commented after the match.

This year’s U.S. Open semifinals will thus feature four Americans – Vandeweghe will face Madison Keys, while Venus Williams will play against Sloane Stephens. Karolína Plíšková is going to lose her world number one position after eight weeks. Following her elimination in the U.S. Open quarterfinals she is going to be replaced by Muguruza. “I’m glad the U.S. Open is behind me. The pressure and expectations were huge. I believe I’ll be more relaxed on the court now,” Karolína Plíšková said.

Plíšková is now heading to Asia for a series of tournaments, starting in Tokyo on 18th September. The entire season should then culminate for the Czech number one at the WTA Finals in Singapore, for which she is most probably going to qualify.