Karolína Plíšková Cruises Past Wang to Reach Quarterfinals in Wuhan 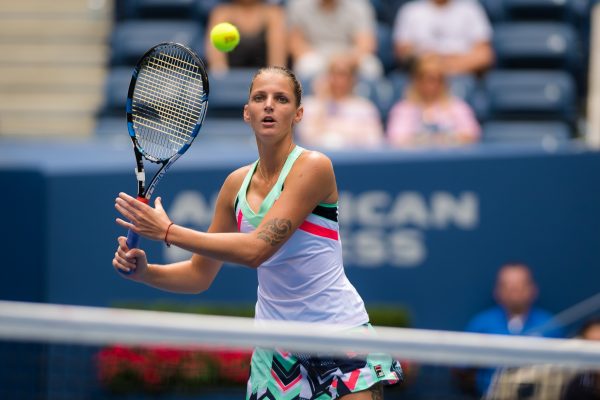 Karolína Plíšková has successfully dealt with her second match in Wuhan, China as well. In her today’s encounter against the home player Qiang Wang she showed great form, lost only three games and celebrated advancement to the quarterfinals after just 50 minutes.

In the second round she battled with another home player, Shuai Zhang, but this time it was a one-sided match. Plíšková played excellent brave tennis and recorded 19 winners. “I felt great and absolutely relaxed on the court. Excellent,” Karolína Plíšková said contentedly after the match.

Yesterday she already learnt she had secured a spot at the WTA Finals in Singapore. “I’m really happy and I’m looking forward to Singapore. Just the participation itself at this event is a big success for me,” rejoiced Karolína, who has qualified for this highlight of the season for the second consecutive year.

Karolína Plíšková has also become the first player to hit 400 aces during the 2017 season. The ace queen is well on the way to finish the third season in a row with the most aces. “The serve is a basic pillar of my play. I’m glad it keeps working. It helps me a lot in my matches,” Karolína confirmed.

Today, her serve worked perfectly as well. Karolína hit three aces and didn’t face a single break point. In her next match she is going to face the talented Ashleigh Barty and will try to improve her maximum in this Chinese city, which has been the quarterfinal so far. She has a tied head-to-head record with the Australian.