Karolína Beats Suárez in First Round in Beijing 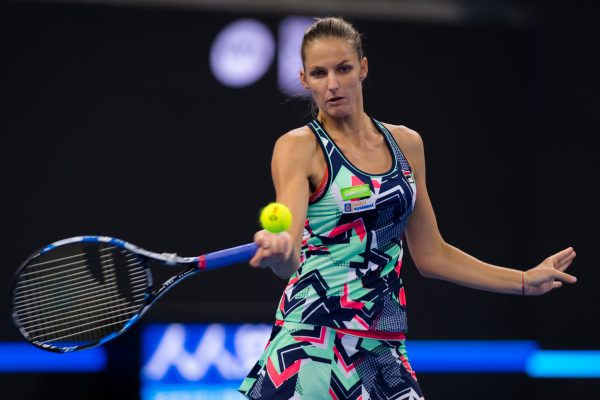 Karolína Plíšková didn’t have much trouble defeating Carla Suárez Navarro of Spain in the first round of the WTA Premier Mandatory tournament in Beijing, China. After winning 6-3, 6-4 she deservedly goes through to the second round where she will meet either Andrea Petkovic, or Kiki Bertens.

Before this match, Plíšková had a negative head-to-head record with Suárez, which she now managed to tie. Today, she could rely on her high-quality serve, which she lost only once during the match, while posting eight aces. On the other hand, she broke her opponent’s serve three times. “I felt good, I tried to be very aggressive from the very beginning and I was successful at it,” Karolína commented on the match.

Her aggressiveness was expressed by 23 winners. Three days following her lost battle against Barty in Wuhan, Plíšková makes it to the second round at the China Open in Beijing. She will encounter the better of the pairing Petkovic – Bertens.