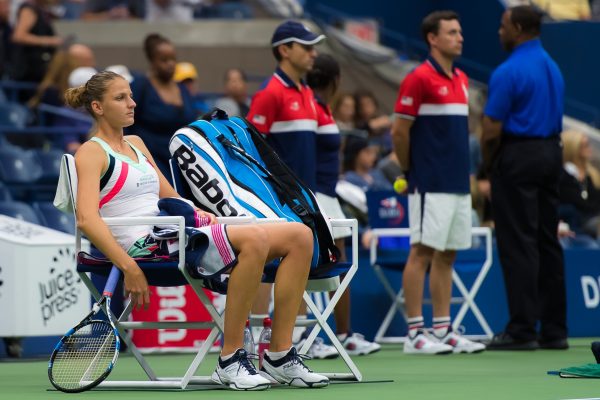 Karolína Plíšková won the first set in the match against Ashleigh Barty, but couldn’t finish up the job and lost in three sets. The Australian succeeded in the tie-breaks of the second and third set, beat a top 5 player for the first time and will play her career’s biggest final in Wuhan.

For Plíšková this is the third tournament in a row where was eliminated in the quarterfinals. She ended at the same stage at the US Open, in Tokyo and now at the current WTA Premier 5 event in Wuhan, China. She fought off three match points against Barty but was overcome 6-4, 6-7, 6-7 by the Australian in their third head-to-head encounter. “I’m hugely disappointed. Every such tight loss hurts. And this one especially. I have to absorb this and try to achieve a good result in Beijing,” Plíšková commented.

Karolína is already getting ready for the last tournament of her Asian tour, which takes place in Beijing. In the first round she will face Carla Suárez Navarro, with whom she currently has a negative head-to-head record (2-3). Her maximum at the China Open is the round of 16 from last year.

“The end of the season is coming closer and the energy is draining away. I’ll try to do my best here, I should be relaxed on the court. The season has been great so far and I have already secured my spot at the WTA Finals. I’ll try to enjoy it in Beijing and we’ll see how far I’ll be able to get,” Plíšková said before her penultimate tournament of the year.