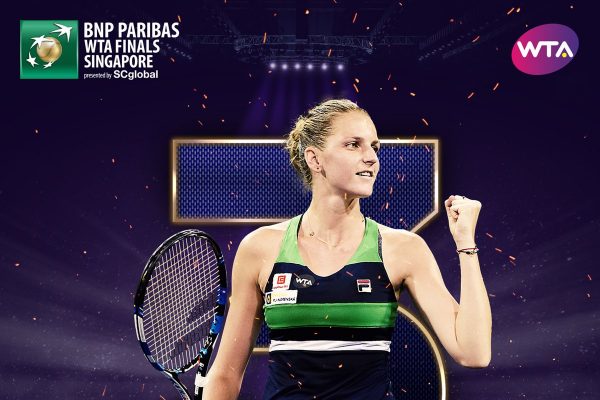 Karolína Plíšková has been at the venue of this year’s WTA Finals since Tuesday already, getting ready for her second participation in the event. She is in Singapore, among others, with the former Australian top doubles player, Rennae Stubbs, and she’s had a few training sessions under her supervision already.

Plíšková currently sits at the third place in the Race to Singapore ranking, which is based on this calendar year’s results. And there are exactly three days until the start of the prestigious event, the climax of 2017.

“I don’t want to speak too soon, but I feel good. I practiced very well at home and had some quality training sessions here in Singapore too,” said Plíšková, who already played with Stubbs, her coach for the Singapore tournament, as well as with Halep and Garcia.

Karolína is also going to take part in the official banquet that will include the group stage draw. According to the draw rules she cannot meet Elina Svitolina in the group stage, but all the other players can become her opponents in the group.

“I think the worst opponent for me would be Halep, her style doesn’t really suit me. On the other hand, I played many good matches against Wozniacki, even this year,” Karolína Plíšková revealed before the Friday draw.

Have a look at the head-to-head statistics between the only Czech singles player at the WTA Finals and her opponents: