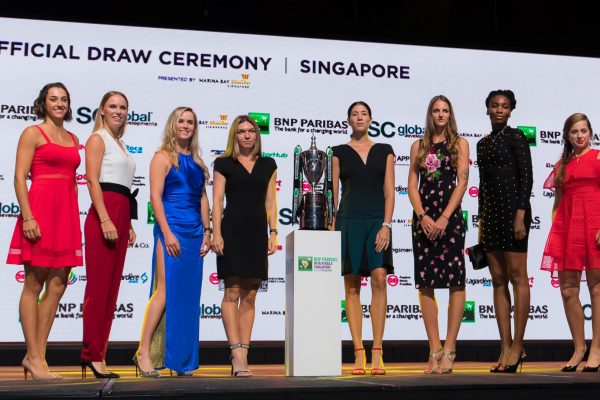 The Red group features Simona Halep of Romania, Elina Svitolina of Ukraine, Caroline Wozniacki of Denmark and Caroline Garcia from France. The tournament will start on Sunday, 22nd October, with the match between Plíšková and Venus Williams.

Karolína has a 9-3 overall head-to-head record with her round robin opponents. She has the best record against Muguruza, leading 6-2, but the last encounter in Cincinnati was won by the Spaniard. “All our matches were tight. When she’s doing well and is in her zone, she’s really hard to play against,” Karolína explained.

Against the 2008 WTA Finals winner, Venus Williams, Plíšková played two matches, winning one of them. “Both matches were very tight. Last time I defeated her at the last year’s US Open 7-6 in the third set,” Plíšková remembered.

Ostapenko, who is known for her aggressive tennis, will play at her first WTA Finals. “She’s a big-hitter. Her serve is her weakness, but she’s very dangerous from the baseline,” the Ace Queen said about another of her opponents, whom she overcame in the third-set tiebreak this year in Melbourne.