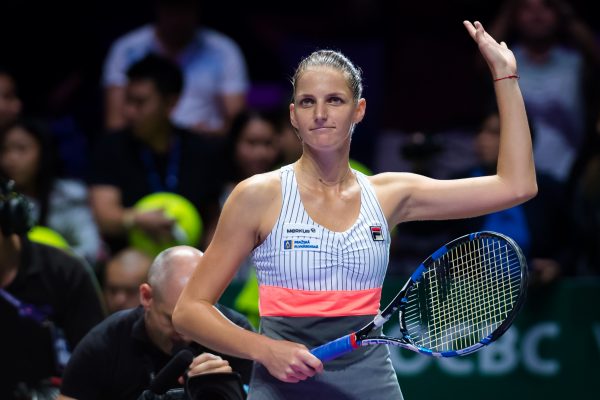 Karolína Plíšková has been merciless to her opponents in Singapore so far! She was dominant in her second match as well and with her 6-2, 6-2 win against Garbiñe Muguruza of Spain she has secured the first place in the White group. With one match still left to play she has also already qualified for the semifinals.

Plíšková had to wait for her match until late evening because the battle between Venus Williams and Jelena Ostapenko lasted over three hours! “It wasn’t my best performance but I just wanted to win no matter what, and it worked out,” said Plíšková, who triumphed against Muguruza with the same score as she did against Venus Williams.

Karolína again confirmed her good head-to-head record against Muguruza, winning the seventh of their nine encounters. The biggest difference today was in the number of winners – the Spaniard hit five, whereas Plíšková 13. She spent just 62 minutes on the court. “Tonight’s match went on past midnight and I still need to go for a massage. I’ll get to bed at around half past two, maybe at three o’clock. But tomorrow’s a day off, so I’ll get ready for the last group stage match against Ostapenko,” Plíšková said.