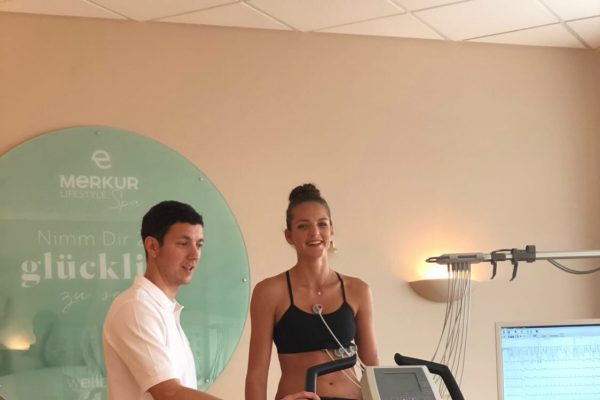 Karolína Plíšková has started her preparation for the new tennis season. During the past one she won three tournament titles, reached semifinals at the Roland Garros and in July became the world number one as the first ever Czech female player. Therefore, she aims high in the forthcoming season.

Plíšková has been practicing on home soil so far. During the first ten days she mostly worked with her fitness coaches from Slovakia, Nosko and Trebatický. “The practice sessions were hard, but also funny. The guys are great and I’m already looking forward to making good use of the hard work in my matches in Australia,” Karolína Plíšková said.

Since Monday, Karolína has also been working with her new coach Tomáš Krupa, and fitness trainings are now being combined with tennis sessions. Plíšková has now been spending over three hours a day on the court, plus she keeps working on her physical fitness. “I was already looking forward to playing tennis again and Tomáš is now getting to know me on the court. I have a great feeling about his practice sessions. They’re very intensive and pass really quickly,” Plíšková talks with satisfaction about her new cooperation with the experienced coach.

For now, the entire team will keep working in the Czech Republic. Halfway through next week they will travel to Moravia where Plíšková is going to attend the Zlatý Kanár („Golden Bagel“) tennis awards ceremony on December 14. In the next few days she will play extraleague matches in Prostějov. She will be spending Christmas in Thailand, where she’s going to play exhibition matches against other top players – Halep, Konta, and Ostapenko – on December 23 and 24. The new tennis season starts in full with the start of the New Year and Plíšková will open it as a defending champion in Brisbane, Australia.