Plíšková Was Limited by Health Problems in Thailand 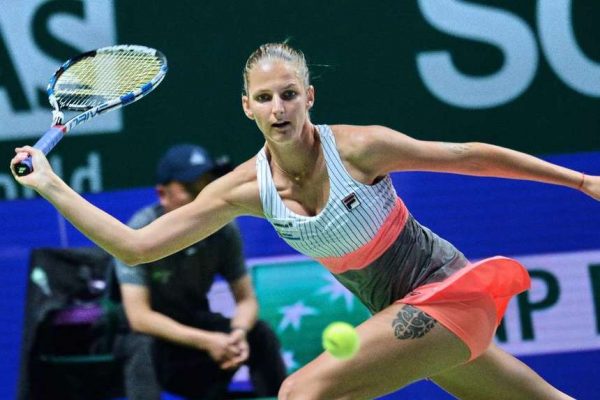 Karolína Plíšková took part in a Christmas exhibition in Hua Hin, Thailand. She played two matches here as a part of her pre-season preparation. In the Saturday’s semifinal she defeated Jelena Ostapenko, whereas on Christmas Eve she lost in the final against the world number one, Simona Halep. Plíšková had to deal mainly with an illness.

“Right after the arrival I didn’t feel very good; I got infected by some virus. I played both matches as planned, but I definitely didn’t feel a hundred per cent OK. I’m glad my health condition is getting better,” said Plíšková, who went through a month of tough preparation.

Plíšková had a busy program in Thailand. Apart from the above-mentioned matches she took part in a whole range of other activities and she definitely didn’t have traditional Czech Christmas. “In Thailand, people virtually don’t celebrate Christmas. It’s a Christian holiday and there are mainly Buddhists here. But Hua Hin is a very touristy destination, so you can find Christmas decorations at various places here after all, especially in shopping centers, ” Karolína explained.

“In fact, during today’s match against Halep I felt like there was no Christmas at all. It’s really hot here, around 30 °C degrees, which, to be honest, I prefer to the cold weather back in Czechia. But I didn’t go swimming, I just dipped my feet in the sea, it felt cold,” revealed the current world number four, who is going to spend one more day in Hua Hin before traveling to Australia.

She is going to play her first tournament of the new season in Brisbane, where she is defending her last year’s title. “Now I have to take a few days’ rest to be a hundred per cent fit in terms of health. In Brisbane I will be joined by my coaches, we’ll practice a bit and the season may begin,” concluded Plíšková, who would like to attack the highest positions in the world ranking again in 2018.