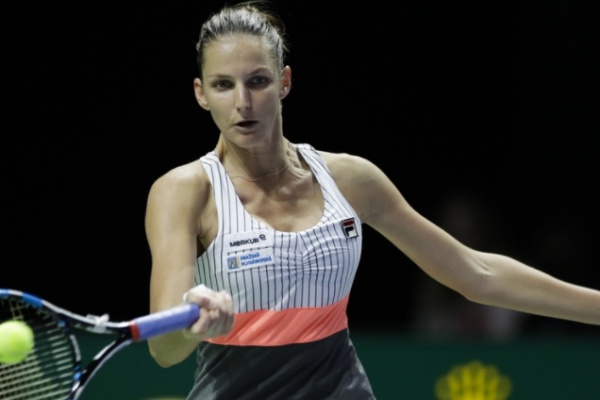 As a preview of 2018, Baseline is taking a look at all the Top 10 finishers, first with the ATP and now the WTA. Here’s a look at the World No. 4, Karolina Pliskova. The Czech hit the pinnacle of the sport in 2017 – can she grab her first major next?

Karolina Pliskova rose to No. 1 for the first time in her career, though somewhat anti-climatically. She also won titles in Brisbane, Doha and Eastbourne, but failed to get closer to Grand Slam glory. Her rise to No. 1 happened after an unexpected second-round exit at Wimbledon.

Moment of the Year

Despite having no expectations for herself on clay in Paris, Pliskova made her way to the semifinals—her best showing at Roland Garros. Though she didn’t make another final (having only done so at the US Open in 2016), it’s a great sign of things to come.

Hot Shot of the Year

The 25-year-old Czech has the talent to hit winners from anywhere on the court from either wing. Her deep, penetrating strokes are hard to neutralize but her biggest weapon is her serve. She finished first in the ace rankings with 452 aces across 69 matches.

With the WTA tour still lacking a clear leader, it’s Pliskova’s greatest chance (aside from 2017) to finally win a Grand Slam. She has shown the ability to win big titles, and stay calm in the toughest moments, so there’s no reason she can’t put together seven wins. It could even happen as soon as January as the Melbourne hard courts suit her fast, flat game.