First Win in 2018. Plíšková Cruises Past Bellis in Brisbane 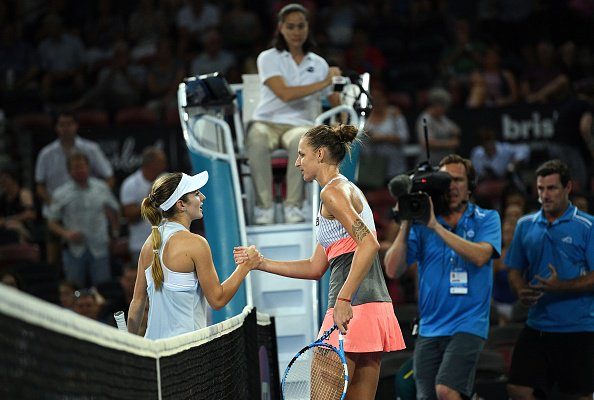 Karolína Plíšková started the new season in style. In her first competition match under the new coach Tomáš Krupa she spent just 52 minutes on the court and after allowing only two games to the American CiCi Bellis she made her way to the quarterfinals.

Karolína defends her last year’s title in Brisbane. A year ago she began her career-best season in this Australian city and she would like to open this year with a triumph too. And she started with a clear win, crushing her eighteen-year-old opponent, the talented American CiCi Bellis, who already managed to beat Kvitová, Suarez, Ostapenko, and Radwanska in her career, 6-1, 6-1 in straight sets.

“I have great memories of this court from last year. I’m on a winning streak here. I played well today, I was solid from the baseline and it was a good start overall,” said the twenty-five-year-old Plíšková, who lost only two balls after her first serve.

The world number four will now fight for the semifinals against Kaia Kanepi, who triumphed in Brisbane six years ago. Plíšková has a positive head-to-head record with the thirty-two-year-old Estonian – she won both of their two previous encounters. Kanepi has been in great form this season, having already won five matches (including the qualifiers) without losing a single set.