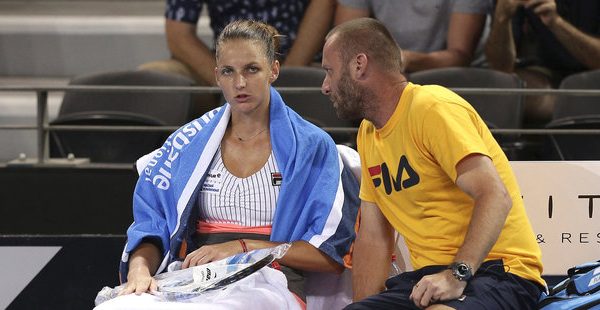 Karolína Plíšková keeps her chances for Brisbane International title defence alive after beating the Estonian qualifier Kanepi in three sets, 3-6, 7-5, 6-2. Tomorrow she will face Elina Svitolina of Ukraine in a direct battle for the fourth spot in the WTA world ranking.

Plíšková, the tournament’s second seed, needed 2 hours and 11 minutes to beat Kanepi. “It was an extremely tough match. She was playing fantastic tennis for two sets. She risked a lot, was unusually aggressive and didn’t give me much time for anything. But I was patient and I’m glad I made it,” satisfied Plíšková said after the match.

“The hard-won second set, which I turned around virtually by an effort of will, was crucial. In the third set I was already better,” the Czech number one, who posted fifteen aces tonight, commented on the tough encounter.

In the semifinals, Plíšková, coached by Tomáš Krupa, will face the world number six Svitolina. She has a 5-1 head-to-head record with the Ukrainian and last year she overcame her at the same stage of the Brisbane International, but then lost to her on clay in Rome. “It’s going to be another tough match, but a completely different one than with Kanepi. I have to be ready,” the twenty-five-year-old big hitter said.