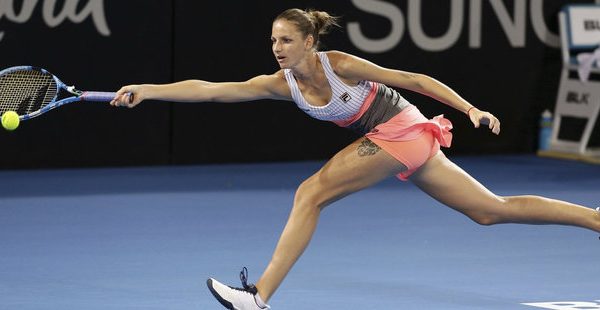 A roller-coaster match. That’s probably the best way to call the encounter, in which Karolína Plíšková lost 5‑7, 5‑7 to Elina Svitolina. The Czech number one thus ends her first tournament under the coach Tomáš Krupa in the semifinal and fails to defend her title in Brisbane.

Plíšková started her today’s semifinal perfectly and was up 4-0 after just 11 minutes. But the two-year-younger opponent came around, became more accurate and tied the score with two breaks. In the eleventh game, Karolína lost her third serve and in 44 minutes also the opening set. “Today I definitely didn’t show my standard performance; I didn’t play well,” Plíšková admitted after the match.

In the second set, the scenario turned around. Plíšková was trailing and Svitolina served for the match at 5-2. But the Ace Queen from Louny didn’t give up, broke her opponent’s serve twice to tie the set at 5-5. But then she lost her serve again and the Ukrainian managed to serve the match out at the third attempt.

“Nothing really worked for me today. Baseline shots, serve, movement on the court wasn’t good either. Simply a bad day. At the end I improved, but didn’t manage to turn the match around. I have to learn a lesson from it, get some practice. There’s now a week of practice ahead of me and I’ll prepare for the Australian Open as well as possible,” said Plíšková, who hit 5 aces in the match.