Plíšková Through to Round Three in 44 Minutes 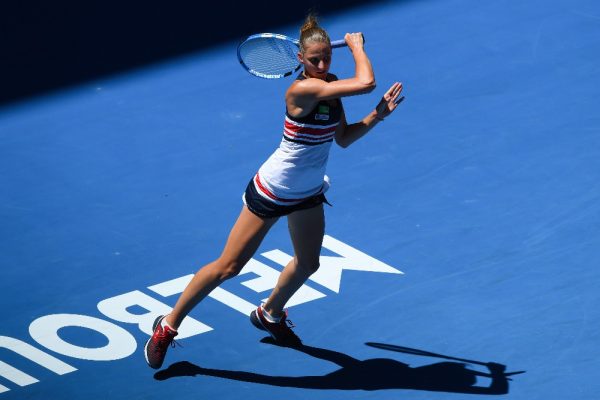 Karolína Plíšková didn’t spend much time on the court during her second round match at the Australian Open. In a tropical heat she defeated Beatriz Haddad Maia of Brazil 6-1, 6-1 in just 44 minutes. In the third round she’s going to face fellow Czech Lucie Šafářová.

During her first round match against Veronica Cepede of Paraguay, Plíšková alternated excellent moments with not so good ones. Today, however, she absolutely dominated on the court. The last year’s Australian Open quarterfinalist didn’t give a slightest chance to her Brazilian opponent and lost only nine points while on serve during the entire match.

“I felt very good today, much better than in the first round. The conditions weren’t optimal, it was hot, so I’m glad I didn’t spend too much time on the court,” Plíšková said after the match. The shade temperature rose up to 39 °C during the match.

Plíšková supported her win with five aces and had a positive ratio of winners and unforced errors. The Czech number one fought off two breakpoints, while converting five out of seven opportunities herself, and she dominated mainly after Haddad Maia’s second serve, winning 11 out of 13 points.

Karolína’s next opponent will be fellow Czech Lucie Šafářová. “It’s going to be a tough match, but I’m not thinking about it yet. Today I’m going to enjoy my win, have some rest and tomorrow I’ll practice a bit and get ready for the next round,” the popular Ace Queen concluded.