Plíšková to face Halep in Melbourne after Turnaround against Strýcová 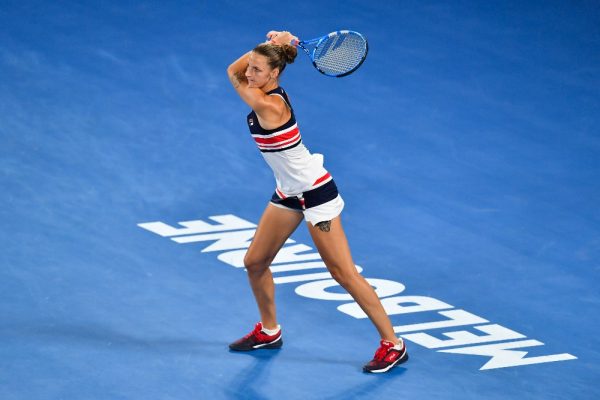 Just like last year, Karolína Plíšková reaches the Australian Open quarterfinals. She has defeated two Czechs in a row, this time winning 6-7, 6-3, 6-2 against Barbora Strýcová in last night’s nail-biter. She is now going to face the world number one, Simona Halep.

It was one hell of a battle. In the opening set, Plíšková and Strýcová fought for every single ball. The match finished at half past one in the morning, with only the most avid tennis fans staying in the stands at Rod Laver Arena. “The waiting passed quite quickly. I thought the guys would be playing for at least three hours,” Plíšková commented on the match between Djoković and Chung that preceded her match against Strýcová.

The first set was very tight, with Strýcová grabbing it in the tiebreak. In the second set, the Ace Queen went into a 4-1 lead, before Strýcová reduced the gap to 4-3 and had a break point to tie the score. But Plíšková proved her mental strength and the match went into the decider. “After the first set I knew I had to improve and play more aggressive, which I managed to do. I focused on my serve and the breaks I won helped me,” Plíšková said.

In the decisive set, the Czech number one was dominant on her serve and kept getting into chances while on return. And she managed to capitalize on them and won the set quite clearly 6-2. “I’m glad I made it, now it’s going to be much easier for me from the mental point of view,” said Plíšková, who eliminated another fellow Czech, Lucie Šafářová, in the third round.

Plíšková is now going to face the world number one, Simona Halep, whom she met last time at the last year’s Roland Garros. The Romanian won in three sets then.