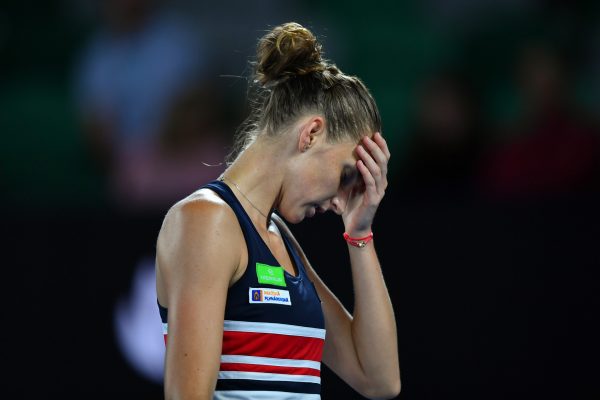 Karolína Plíšková didn’t improve her last year’s Australian Open result. Just like a year ago, she failed to reach the semifinals. She had a great start against Halep, but then the Romanian dominated. The world number one Simona Halep won in straight sets 6-3, 6-2.

Plíšková opened the match fantastically and went into a quick 3-0 lead. But then the perfectly moving Halep got back into the game and with her effective tennis she wasn’t giving too many chances to the Czech number one. “Today I must admit that Simona was better. She deserved to win, I must congratulate her,” Karolína Plíšková said after the match.

From 0-3 onwards, Halep found great rhythm, played flawless tennis and served perfectly. She even managed to win the next 9 games and although Plíšková regained her composure in the second set, it wasn’t enough to turn the score around. “I’ve got mixed feelings after this year’s Australian Open. The quarterfinal is not a fiasco, but of course I have the highest goals. Nothing remains but to keep working hard and believe that my dream will come true one day,” the best Czech tennis player added.

Plíšková is now going to fight for the national colors – on 11th and 12th February the Czech Republic faces Switzerland in a Fed Cup tie.