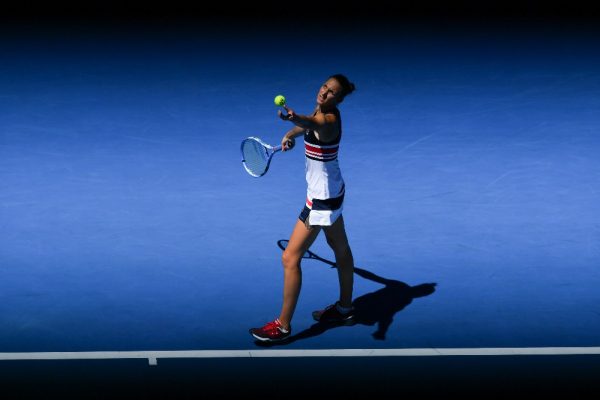 Karolína Plíšková had a tough week. She was preparing with the Czech team for the Fed Cup tie against Switzerland in Prague, but her health failed her. On Friday, Karolína woke up with a viral infection, had a high fever and didn’t appear on the court at the O2 Arena in Prague. Now she is getting ready for the forthcoming part of the season in Qatar.

Sore throat, feeling achy all over, intestinal problems. Plíšková was afflicted by a combination of several illnesses and the Czech number one couldn’t start in the first Fed Cup round. “To be honest I had a bit of a weep about it. Fed Cup returned to the O2 Arena for the first time since our win against Russia in the 2015 final and I have great memories about it. I was really looking forward to the great atmosphere,” admitted Plíšková, who believed in her start until the very last moment, but the medical team meant otherwise and prescribed antibiotics.

The Czechs managed to defeat Switzerland even without their number one player and after winning 3-1 they advanced to the semifinals where they will face Germany in April. “Most probably the tie will be played on clay in Stuttgart, a week before the tournament there, so it perfectly fits in the plan,” said Karolína, who flew to Qatar on Monday already. “I didn’t know until the very last moment whether or not I would fly here. But after discussing my condition with doctors and coaches I flew in the end. There’s a flu epidemic in Czechia, the climate here is better, so hopefully I’ll get over this illness soon,” the current world number five explained.

Last year she triumphed in Doha and she’s faced with a tough attempt to defend her title. “The tournament bracket is full of great names, including nine players out of the world ranking top ten. The level will be very high,” predicts Plíšková, who will enter the event on Sunday due to a first-round bye.

Plíšková will face Alizé Cornet, whom she met last time in last January’s final in Brisbane, which the big-hitting Czech won in straight sets.